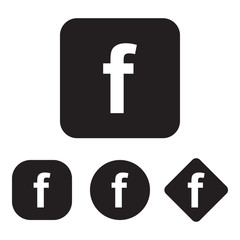 Facebook has been an important part of our daily life. Facebook can be termed as the most used social media of the modern era. It can also be called the blessing of  Mark Elliot Zuckerberg. Facebook started as a social communication hub slowly bridged in the personal zone and now slowly the business universe. Facebook has connected social media networking into business in such a way as people don't see the difference between being social and doing business. And by the fact business needs a social database and background.

I am not a professional writer or an author of human psychology based book and all that. Judging such a huge platform can't be right so I will leave this thing to you. For me, I love using face and nowadays because of my blog and a facebook page (S&S Choices), I am using Facebook in the more purposeful way than before. I started using Facebook since 2006 but I really have started to know what potentiality it has and will have in future just now.

I don't want to go out of track describing Facebook to you guys because it can be that you people know more about Facebook than me. So I wanna head towards what I want to write about.

I have met so many different people in this life span as I have explained in my last blog ( The UnTold). I wanted to write about "A Facebook Friend" because Facebook has been good for me on this one. I saw her on Facebook as she had chosen the location same like me that's Dubai. Ya Dubai the best place to live on earth. I was the one to say Hi, first. I don't know what I thought it wasn't that type of attraction. But I felt a connection between us as a friend, hope you understand the feeling what I want to express. We started chatting and got to know more about each other as a person. She had faced lots of pain in her life and still was in pain, which could clearly be visible in each and every smile of her photos. Her Perception about me was " I was looking for a hook-up or as we call in Nepalese term Time-Pass. As per her friends, she made so far in Facebook especially boys look only for hook-up when being a friend with an unknown ladies. The world has turned so selfish, sex, beauty, and money oriented. Partly she is true as well. In regards to her background, she is a Nepalese lady may be 3/4 years older than me and had done an arranged marriage at the age of 13. For the people who don't know what arrange marriage, Its a traditional way of marriage done in SouthEast Asia with the approval of Bride and BrideGroom family which can be with or without the approval of the individual. She has a daughter who is in Collage right now. As a person, I am always fascinated by diverse human behaviors and as someone had said somewhere there is always something to learn from every individual we met. I used to chat very less I mean sometimes after 1 week or even a fortnight. I fell when her perception shifted from a predator to friend then she opened up a bit. I was planning to met her personally but this is Dubai, my friend, we got a job. In fact both of us. I am really blessed I have 2 days off even working in FNB and PH which comes with extra off along with 1/2 day salary. But her day off wasn't ever fixed.

A few days back I got an opportunity to travel to Jumeirah Beach Residence 1. A must visit place in Dubai. More than 2 years in Dubai but never visited there. Using a Red Line from Burjuman was an almost daily job for me but never used tram service in Dubai. Got chance to use while going there. The tram service from Damac Properties to next stop Jumeirah Beach Residence 1 was short but worth doing. I reached there to met someone. We had a short meeting for an hour after that was about to head to my room in Bur Dubai. When I was passing Hilton Jumeirah. A voice came from my back which made me turn and have a look it was a lady calling me and I couldn't recall. My memory is not that bad but I really couldn't recall her. I greeted her with a feeling of self-shame as I couldn't remember her. But when she said her name I came to realize she was A Facebook Friend, about whom I am writing now. I decided to talk to her for 1/2 an hour we went to a coffee shop and chose a table. I got to tell you Jumeirah Beach Residence area is fantastic. If ever you guys have the plan to visit Dubai do visit me and Jumeirah Beach Residency. So we started to talk mostly about her in-fact only about her. The only thing I talked about me was why I was in that area and about my family. She had a lot to say and was going through a lot these days. I can't even write those things. But I noticed a change in her that is her pain on her smile had gone and she used to be always negative about everything and I used to tell her always to start thinking at least a positive thought in a day. That day in 2 hours of talk most of the time she was able to extract a positive outcome from worst of the worst scenario which made me feel anyone can make a positive change on anything if it's done purely. The conversation was going on and on but I was just parroting her. I didn't want her to stop as I felt she had so much to throw out which had to be dumped. Later when she realized it was late we had to go our own ways.

Traveling Back To BurDubai

I was new in Jumeirah Beach Residence so it was fun for me to walk but I basically don't like to walk. After I left her I went around the beach, the view was amazing. I wish I could describe it. I am not a good photographer so take fewer photos but now I wish I would have taken some. I decided to walk nearest Metro Station except taking Tram. I still don't know where I was heading in terms of direction but I knew I would reach a metro station for sure. I ended up reaching DMCC metro station which is the last station for the red line these days in Dubai. Took a metro, fortunately, got a proper standing place. Slowly stations were passing and the metro was being denser once we reach to Burj Khalifa/Dubai Mall Metro station the case became very sweet. People traveling in Red Line during rush hours here in Dubai know what I am talking about. Finally reached the room. Did some work and got to bed surely checked Facebook for a while and slept with Bed Time Conclusion.

My Time
Labels: My Time

By Core Of A Day February 18, 2019
7 Qualities For Being A Freelance Writer Hi, Team Core How are you all? "7 Qualities For Being A Freelance Writer" is all about the skills required to be a Freelance Writer. This segment is for those who want to know what is freelance writing as well as what are the qualities required to be a freelance writer. Maybe those qualities are in you. If you have these qualities you can definitely be a freelance writer. I personally will be very happy if this segment can help even 1 person to know their hidden skills. Who is a Freelancer ? Freelance is the type of work done as per assignment for a company or individual without directly involved in the project given. In an easy word its working for someone without being their employee. Freelancer : A Freelancer is an individual/self-employed person who does freelance work for anyone or any company with the provided amount of time frame and desired payment.  In this modern world, any assignment or project can
2 comments
Read more

By Core Of A Day September 04, 2020
Hello,  Team Core  Has been a while now. Hope you all are doing good, Stay safe and Stay happy I am really very sorry what I was lost for a long time. Time wasn't in my favor I guess. I have been struggling a lot lately but somehow holding myself still till  now.  In this blog I am specially going to talk about  Our YouTube Story ( How Long did it take for YouTube Channel to Monetize and how long does it takes for the monetization review process) How Long did it take for me to Monetize I uploaded my first video in YouTube on 31 of March 2020 and til then the journey was so much unknown to be and I also regrade about that. It took me 5 months of day and night practice, learning and hard work to reach the requirement for application to Monetization in YouTube Partner Program. I exactly applied on 31 of August 2020 for Monetization.  I didn't even know how to edit videos or even do screen record of laptop and smart phone before that you can say I was the dumbest person to you sma
Post a comment
Read more

By Core Of A Day April 10, 2019
Dining & Wining Lounge and Bar(Interior Paradise for Family Dine) Hi, Team Core What’s Up? Has been a while that we aren’t in touch I have always been doing abstract writing but today have planned to write about one of the best places for foodies and party people here in Eastern Part of Nepal (Birtamode) definitely its Dining and Wining Lounge and Bar. Which is at the top floor of 3 stored building and just for info the entire top floor has been created for the best dine-in experience up to 110 people. The entrance is on the side of the building which I will consider a minus point for such a mind-blowing restaurant and bar but I feel if you are one of the best you deserve to be searched. All side walls of stairs are full with meaningful and heart touching paintings. The best for me and I guess for 90% of the visitors will be the painting of Darahara (Historical Watch Tower of Kathmandu which was destroyed in a massive deadly earth-quack). The statement was written t
Post a comment
Read more