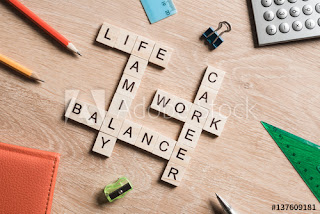 Hi, Team Core
How is Everyone?
Maybe the title sounds odd but I just tried to make it different.
Today I'm going to talk about 4Ms in my life. I can't tell it's for everyone and related to all because this is only based on myself which means no complete research done. I have tried to write my facts and feelings on these 4Ms. If it relates to others as well then I will just call it co-incidence like a television series or a movie.

I'm Sushil Roka, Son of Prem Roka and Yamuna Roka. Brother of Sandhya Roka. Nephew of lots, Cousin of too many, Relative of uncountable. Born in State of Assam, India and raised in Jhapa, Nepal. Friends of 100s may be Foe for some. Employee and co-worker for many many. But Me(Sushil Roka) now has been lost on all these pieces of me. The responsibilities of being all these pieces kind of takes away the self out so far that it's sometimes impossible to get it back or even we want it back never can get it. Slowly after having a relationship the pieces increases and Me will be sliced in lover and so on to father and so on and on. Responsibilities and duties become desire and want. But what I realize is that the pieces gives me happiness and makes me stronger, So strong that the strength can carry all those pressures. The pieces bring love and affections as well as sometimes misunderstandings. Maybe I am among very few blessed people who stayed Me for so long even though been born and raised in the country like. Being me in my case was just me and only me nothing around, no-one around. I can say that I was turned completely selfish. But now as the Me is gone so far I miss him but I'm in love with this stage of life.
I wish one day I will find Me as well as live the pieces all together happily ever after.

As stated above being so selfish that not being able to see the suffering of others and completely thinking about own-self will surely create blunders but at this point of my life I will just call them mistakes because whatever a person does there is a say that he/she creates enough reason to himself/herself to justify the wrong and even if he/she doesn't think it was completely right but neither completely wrong. It's like you break up and suffer from the agony of losing him or her but also remember those bad memories you had with your ex just to justify yourself whatever happened was right enough. I have made huge mistakes being me in personal relationships, family side even on friends, selection of job, choosing habits. Frankly, I was carefree, my Me could only see himself, be sorry of himself, the happiness of himself, pain of himself. Basically, my Me had his own world and remaining things were nothing for my Me. The worst part is the selection of wrong friends circle which by habit I still make but now can find out quickly and get rid of them.
I have heard people saying mistakes are the steps towards the positivism or say success in life. I think my mistakes weren't those types. I recall almost all those stupid things I have had ever done somethings make me smile as well as the happiness wasn't so costly for me then but most of the thing is terrifying.

Have you ever got the feeling like you sleep and Almighty would just erase all those worst memories you had in the past from your head? I have been sleeping every single night since 4/5 years like that. Sometimes those things try to pop up and its very hard to control. It's like you want to quit cigarette and see your friend smoking like the one he has is the last in the world.

"As the word mistake itself refers most of the time past tense all my mistakes have already passed over me even though the effects recall you again. My family keeps asking me few things, friends keep on advising somethings I feel bad real bad but it isn't their fault bcoz once a thief always a thief."

I can just say the people who grow up direct to maturity without a pinpointed in life may exist somewhere but are very hard to find. I can't say I'm matured now just can say that now I'm strong enough to see through the situations and think and then act despite acting and thinking. There are so many inspirations or say role-models in my life now who have directly or indirectly helped me to be emotionally strong and mentally steady. A mature person makes mistakes but just the difference is once he/she knows about it. He /She accepts it and doesn't repeat it anywhere else. What I realized is the hardest part is the acceptance of the mistake made by self. The acceptance of the self flaws and omitting them. Some mistakes are very hard to even omit from life. An example can be the wrong/bad habits for that need to replace with the good one because always remember you can't stop a habit you can just replace it. I can't talk too much regarding this topic as I said earlier that I'm just being strong enough to withstand me and my mistakes maturity is a far-most thing for me.

I don't even know why I thought to add this on the very last moment on writing this blog but I believe that its a very important part of our life. And I believe that marriage is the acceptance of foreign interference in your own personal world with your own permission. Here when you are reading this I want you all to think of marriage as an abstract for this paragraph. We have married all of our habits as we have accepted them and allowed them to be in our personal sphere, all those friends and family as well. So the result of the habits and behaviors can give us sky or give us the sand. But it's we who created it accepted it and allowed it to come to us and when we get the sand we complain. Same for me; I used to complain about me about all those negative circles around me, those negative people for all my down but it's my fault as I accepted them and allowed them to enter my horizon. So once I came to know that if you see a person with a knife full of blood and a dead body near him and still you shake hands and be friends so you can't complain later if you lose a body part or a whole body, my friend.
Marriage is itself a beautiful feeling especially the moment of happiness everyone near to you live with you. Marriage is a package of life bcoz all times life isn't so good same as marriage. Surely there can be ups and down. Me especially can never be ready for such a commitment even if its only for me. But they say you don't have to be ready the time must. "A pure soul accepts the purest one for him/her to interfere in their personal parameters and permits it to do so with legal papers. Its an amazing feeling of trust and ownership like you are giving the power of attorney of rest your life. I salute all those married couples who are happy or trying to be happy."

Losing yourself is not right and no-one has to. But we never lose ourselves we just have to choose to lose the very bad on us to keep the well alive. Marriage/Life is like a Yin-Yang for me. There is bad in good and good in bad just need to maintain the balance.


Thanks for reading people. Please let me know if you liked it.

By Core Of A Day February 18, 2019
7 Qualities For Being A Freelance Writer
Hi, Team Core
How are you all?

"7 Qualities For Being A Freelance Writer" is all about the skills required to be a Freelance Writer. This segment is for those who want to know what is freelance writing as well as what are the qualities required to be a freelance writer. Maybe those qualities are in you. If you have these qualities you can definitely be a freelance writer. I personally will be very happy if this segment can help even 1 person to know their hidden skills.
Who is a Freelancer? Freelance is the type of work done as per assignment for a company or individual without directly involved in the project given. In an easy word its working for someone without being their employee.
Freelancer: A Freelancer is an individual/self-employed person who does freelance work for anyone or any company with the provided amount of time frame and desired payment.
In this modern world, any assignment or project can be done freelance. But the f…
2 comments
Read more

By Core Of A Day February 07, 2019
The Tilting Ice-Cream Hi, Team Core What's Up
The Tilting Ice-Cream is my real life experience happened at Me'iseam City Center, Dubai UAE; a Few days back. I work at Outdoor Event at Me'iseam City Center ; I was going for a restroom on the way there is Baskin and Robbins (An Ice-Cream Parlor). A young couple just bought a cone each and had just started to feel the taste of it. Suddenly scooped ice-cream inside the cone of the gentleman tilt and his reaction was as the reaction of Dwayne Johnson (The Rock) on Rampage when Gorge pretends to die at the end of the movie. I am not promoting the movie. The reason Rampage came is because The Outdoor Event has  Cinema Under the Stars 6 pm to 12 am. Human Mind really gets influenced by the surrounding and the recent incidence it's so funny and interesting at the same time. I saw the incidence and moved on but I don't know why his expression was printed in my mind and was coming again and again. Even I don't know that …
Post a comment
Read more

By Core Of A Day September 04, 2020
Hello, Team Core Has been a while now.Hope you all are doing good, Stay safe and Stay happy
I am really very sorry what I was lost for a long time. Time wasn't in my favor I guess. I have been struggling a lot lately but somehow holding myself still till  now. In this blog I am specially going to talk about Our YouTube Story ( How Long did it take for YouTube Channel to Monetize and how long does it takes for the monetization review process)


How Long did it take for me to Monetize I uploaded my first video in YouTube on 31 of March 2020 and til then the journey was so much unknown to be and I also regrade about that. It took me 5 months of day and night practice, learning and hard work to reach the requirement for application to Monetization in YouTube Partner Program. I exactly applied on 31 of August 2020 for Monetization.
I didn't even know how to edit videos or even do screen record of laptop and smart phone before that you can say I was the dumbest person to you smarted pho…
Post a comment
Read more